Elysian Valley Neighbor of the Month 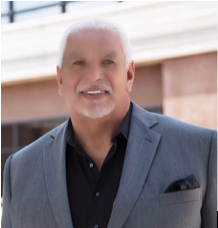 Anastacio “Chito” Reyes was born in Las Cruses, New Mexico to Rito and Alicia Reyes.  He is 70 years young and has two siblings (brother Gilbert and sister Norma).  He has called Elysian Valley home since 1973 and lives on Blake Ave.

Chito is a fellow Dorris PL elementary school alumni and a 1967 graduate from John Marshall High School with honors.  Chito enjoyed school and was a straight-A-student while at Marshall High. He played baseball, basketball and ran track. He is in the school’s basketball hall of fame and holds the unique distinction of being the only Latino in the athletic hall of fame.  Chito recalls Marshall high being mostly all white at the time.  He was the only Latino playing on an all white team.  Marshall High was academically focused.  “Not a party school,” says Chito.

With his parents and siblings living in Los Angeles, Chito was permitted to go live with his grandmother, at the age of eight (8), who was raising 5 boys and 4 girls of her own in New Mexico.  “I became the 10th kid for the angel that is my grandmother Carolina Reyes,” Chito happily recalls.

For Chito, early life in Las Cruces, was simple, traveling to school via a yellow school bus and immersed in the family work life.  His grandfather was the foreman at Stahman Farms, which at the time was the largest Pecan Orchard in the world.  “We lived, worked and were raised on the Ranch.”  “We worked till the sun went down.”  There was no TV, only an encyclopedia set, remembers Chito.

Chito describes his uncles, who were only a few years older, as super athletes-gifted in all sports.  “I was their little brother,” which Chito describes “as the best thing that could have happened to him.  I wanted to be just like them, which too meant you had to work”, says Chito.  He tested for 3rd grade and tested high, was placed in 4th grade, which allowed him to catch up to one of his uncles-sharing the same classroom.  Chito credits his uncles and grandparents for instilling in him a great work ethic.

Reunited with his family in Los Angeles, Chito recalls his father working as a janitor, machinist and lead foremen.  Not bad, says Chito, for someone who never went to school.  While a senior in high school, Chito recall his mother (a stay home mom) bringing him and his brother to his dad’s worksite, which was near the Sears building on Olympic.  His dad emerged from the front door soaking wet from the hot working conditions in side and remembers him telling them that he never wanted to see them working like him.

While Chito knew early on that he wanted to go to college, he remembers not once seeing a guidance counselor.  He does not know why this was so but remembers getting 125 full paid scholarship offers from Division One schools including, UCLA and USC.

A self-described natural baseball player, Chito was drafted by the Minnesota Twins.  Without any guidance and not knowing what he was turning down, he accepted New Mexico State’s recruitment offer, which for Chito was an easy decision, giving him the opportunity to return home and play basketball in front of his grandmother and extended family.  When playing for the New Mexico Aggies, Chito was the only Latino in an all black team.  He played a big guard/small forward position. 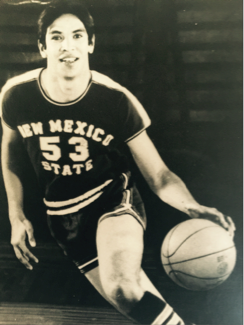 A bookmark in Chito’s life was his grandmother pulling him aside and saying to him “Mijo, I’m so proud of you, but please don’t ever come tell me how big you are, let others come tell me not that you’re a ball player but that you’re a good man.”  “If you’re good, people will always love you and respect you.”  He was 6’5” at the time and too remembers his grandmother saying to him, “Mijo nunca deje de crecer hasta que llege al cielo”, which translates to “son, don’t ever stop growing until you reach heaven.”

Chito was a 17 year old freshman, the youngest in the team and not interested in being a token minority on the bench”.  Playing among seniors and All Americans, Chito’s floor hustle, team play and solid work ethic made him a successful starter.  They finished the season undefeated (16-0).

His sophomore year they we were No. 2 in the nation, pre-season, recalls Chito.  He went on to play in the NCAA tournament on the week his grandmother passed.  “Her loss devastated me, she was my everything,” says Chito.  Not wanting to play, but convinced to do so, he went on to have what Chito describes as the greatest game of his life.  They beat Brigham Young and advanced to the western regionals at Pauley Pavilion against UCLA’s John Wooden/Lew Alcindor (Kareem Abdul Jabbar) led team.  While tied at half-time, UCLA went on to with the game.  “They were that good,” says Chito. 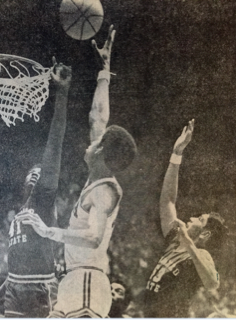 In his junior year, Chito’s team reached the final four—a remarkable accomplishment when considering the sizable number of colleges that enter the tournament.

A business major, Chito graduated an academic all American in 1971.  For Chito, managing play and school was not difficult because he took great pride in anything he did and in not allowing himself to be distracted.  He recalls advice given him to “choose not to be a common man for you have the right to be uncommon, if you can, and if you can, don’t ever settle for anything.”  I always wanted to do well, especially for my grandmother, says Chito.  “I wanted her to be proud of me, as her first grandson, I did not want to disappoint her in anything.”

Los Dorados de Chihuahua were national champions in Mexico, the LA Laker’s equivalent, says Chito.  “We beat them in two nights having scored over 40 points.”  Two weeks later, at 17 years young, they recruited him to play in their national championship game in Mexico City.  He went on to scored 19 points—helping the Dorados become national champs.  In this team, Chito was the only non-Mexican national playing in an all-Mexican team.  The Average age was 30 plus on this team. “They were classy men, says Chito.  “I learned from them what it was to be a champion.”

On that performance, Chito was selected to play in the 68 olympics—an honor he turned down to preserve his scholarship at New Mexico State.  From there, New Mexico State went on to be No. 2 in the nation, behind UCLA.

Chito shattered his knee in 1971 as he was readying for a trial invitation with the NBA’s Atlanta Hawks.  With a nearly two-year recovery time frame, and NBA dreams behind him, Chito, signed a professional contract with Mexico’s Los Dorados.  Where he played for 13 years for both the Dorados and Mexico’s national team.  Wearing the Mexican uniform and representing his grandmother’s Mexico is a source of great joy and pride for Chito.  Chito is an Olympian, taking 6th in the World in the 1976 summer Olympics. 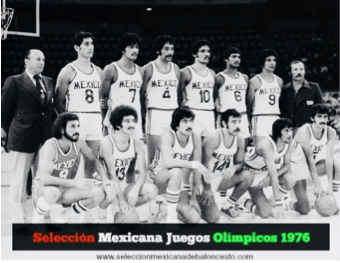 Chito credits hard work and treating others as equals for being able to play for teams where he was the only Latino and non-Mexican national.   “I treated them with respect and in return was treaded with respect,” says Chito.

Following completion of his professional career, Chito went to work for an accounting firm.  While accompanying a friend to an LAUSD appointment, Chito was recruited to be a teacher, something he had never before contemplated.  Persuaded to take the C-BEST, which he took and passed, Chito found himself teaching at-risk kids at Wilshire West High School in Santa Monica. “It was an amazing experience,” says Chito.  After one year, he was offered the position of Vice Principal.  By the fourth year he had been made head Principal and went on to retire after 26 years of service.

Today, after having cared for his ailing dad who passed approximately four years ago, Chito sits on the Family Patient Advisory Council and Bio-Ethics Committee at White Memorial Hospital in East Los Angeles.  In this capacity, Chito is helping improve end of life care and related support to surviving families.  Chito’s advice to healthcare providers is to “never minimize the potential impact [they] have on family.”

He is proud to be from Elysian Valley, to have become a successful person from Frogtown and to know that he is not the exception. “There are plenty of others like me,” says Chito.

Chito is concerned with area gentrification.  Does not like that some people in Elysian Valley are not happy.  “They should feel good about where they are.”

Chito wishes to be remembered as a good person who tried to do the right thing.  He would like his two sons (Gino and Kristopher) to know that he loves them and is proud of them.  He hopes to have lived the life that his grandmother asked him to live.

At Ezequiel Tafoya Alvarado Academy in Madera, CA, The Chito Reyes Activity Center is in the works.